It doesn’t require a degree, or even a certificate for that matter, to understand why the military never aided the Consulate as he helplessly perished in Libya. The modern American military, as directed by the currant regime, does not use force to protect American lives. The military exclusively protects American interest both monetary and strategic. It is apparent that the four extinguished lives couldn’t even justify the millions required just to turn the “on switch” for a military operation.

Some might argue, one theory for the gross negligence, was the fear of illumination upon the illegal activity conducted on the premises. I don’t know 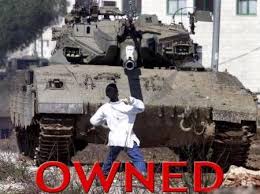 “Wait the President said not to shoot this man”
“It figures, that bleeding heart liberal“
“Yeah, he said he would not approve the dispersal of any ammunition directed at this man. It’s far too costly.”
“Politically? The cost of human life, huh?”
“No, the cost of ammo, he said run him over!”

C.A.T.P.C.W.A.D.F.D.P.M.E.  (still searching for shorter acronym)
Citizen against this pathetic charade of why American soldiers die and are forced to destroy peoples of the Middle East

In the F%cking New’s

In the F%cking New’s