Dictators of Democracy
The sole reason attributed to the success of The United States was our Founders aversion for democracy. In it’s infancy our nation restricted the responsibility of voting to those who had “skin in the game”. Founder’s like John Adams understood tyranny and the price of liberty.

“Depend upon it, Sir, it is dangerous to open so fruitful a source of controversy and altercation as would be opened by attempting to alter the qualifications of voters; there will be no end to it. New claims will arise; women will demand the vote; lads from 12 to 21 will think their rights not enough attended to; and every man who has not a farthing, will demand an equal voice with any other, in all acts of state. It tends to confound and destroy all distinctions, and prostrate all ranks to one common level.” -John Adams

The disastrous implications of ill informed voters has never been more evident than in 2012. Those who’ve dedicated their existence toward the subversion of America have successfully marginalized voting criteria. Young families just getting strapped into the welfare cart, food stampers lifers, those milking disability and social security; do you think they give a @#$& about the National debt? National defense? The over reaching tentacles of an oppressive government? Perhaps not.
The politically incorrect truth is the majority of our citizens don’t qualify for this vital responsibility. At any given moment, if you were to randomly interview 20 registered voters, the clarity of America’s swan dive into catastrophe would be glaringly evident.
Of these twenty voters, I guarantee that 75% haven’t a clue what form of government they reside under. I would also safely wager 80% couldn’t accurately define their own candidate’s policies or that of his party. I could ramble on with hypothetical percentages for days, but there’s a good chance that 5% of you reading this are smart enough to comprehend my point.
Contrary to common sense, some will argue that voting is our basic right. We haven’t the authority to smack our own kids, buy guns without an anal probe, smoke weed in our home, say the Pledge of Allegiance in school, publicly hate things that disgust us, hire the most qualified applicant, or even worship Jesus without reprimand from the “feel-good” police. However we can ignorantly elect a socialist dictator so he and his comrades can gang rape our Nations wealth.
“It is a misfortune that (our countrymen) do not sufficiently know the value of their constitution, and how much happier they are rendered by them, than any other people on earth by the governments under which they live.” – Thomas Jefferson 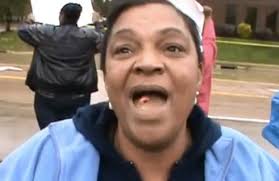 Jesse Jr. swallows Prozac without water, energizing the crowd! Do you think the topic is reigning in entitlement spending or how to squeeze out more?

While I hardly advocate rescinding the right to vote based on race, gender, or even sexual preference, I do believe we should have revisions. How can people living off the hard work of others be objective when choosing a leader. It’s a reality, those rely on the state remain loyal to the state. Unfortunately, 99% of welfare-crats could care less where the money comes from. Instead of modifying the qualifications of those eligible to vote, let’s clarify who shouldn’t. (but does)
It’s a revolting development……

JavaScript is not enabled. You must enable JavaScript to use this form.

St. George of Minneapolis: The Fall of Reason

Coronavirus: the beginning of the end 4 Whitey

One Night in Hell