Similar to other honorable American males, who have resisted treating women like undeserving dogs, constantly running game, he was a gentleman. Raised believing relationships should be predicated by honesty and respect. Soon he discovered in the Western culture, unlike the majority of others, few woman entertain this theory. Women are naturally hard-wired to be the nurturing subordinate, devoted to their spouse and children. Unfortunately over the past decades Americans have been lured into this accepted sophism,ensuring the progressive agenda the ability control the argument. 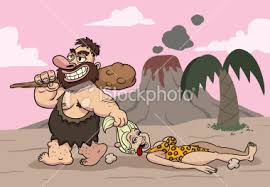 Americans have been conditioned to believe that in order to achieve absolute equality, men and women should be interchangeable. The most treacherous but effective ad campaign ever to decimate the assembly of order and natural loving discourse is equality, the premise is fraudulent. Skewed by Progressives, the innate behavior and unique qualities God endowed women with has been distorted and marginalized. A woman has been given strengths men are not equipped with, one being the most vital of all, that of giving life. The female has been entrusted with the responsibility of Motherhood, ensuring humanities survival. Man could never duplicate these God given attributes, he’s an ego driven warrior whose responsibility is to sacrifice his life, liberty and mortal being to protect his family. A woman’s subordination to her male counterpart is hardly a sign of weakness. 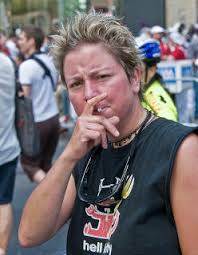 Today little girls are indoctrinated into a movement whose actual definition, feminism, is contrary to its agenda. Feminism: traits associated with gentleness, empathy, and sensitivity, is the antithesis of masculinity. This mass perversion of gender is packaged and marketed through the veins of academia, pop culture, and an all too complicit government. The misconception of masculinity as being the great equalizer is a biased perception to begin with. Why aren’t men vying for the mantle of femininity? Instead a female must be as fast, as strong, and as muscular as a man. Female body builders. Female fighters. Her self worth is predicated on the erroneous claim that in order to be a valued equal, she must be able to duplicate the exact qualities man excels at.

vying for the mantle of femininity?
Militant feminism has literally reconstructed the natural role of a woman to comply with their warped disillusioned narrative. It’s hard to generalize the precise motive of the leftist movement, some argue that it’s driven by butch men wanna-Be’s who envy the authentic article. Other part time psychiatrist will tell you it’s the unattractive women with the “If I can’t get laid, no ones gonna get laid” attitude who are just tired of walking home when their date sobers up. While taste and common sense tell us that yes, an attractive radical feminist might be a rare bird; it’s not a water tight theory. It’s not just the disgruntled, the lesbians, the morally bankrupt or even the culturally devoid.
Feminism, regardless of which pretense it may have originated under, is solely controlled by the left and the progressive movement. It is harnessed as a weapon and routinely used for political expediency. Creating women who can’t comprehend the self improvement, self empowerment bull*@!$, is based on a lie, it’s designed for cultural suicide and self-destruction. Under the heavy thumb of “Women’s Right’s” the family, child development and marriage have been almost completely disrupted.
G Russman
It’s a revolting development……

St. George of Minneapolis: The Fall of Reason